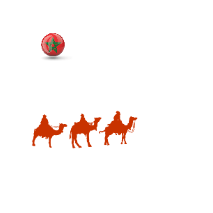 EXCURSIONS WITH LOCAL GUIDES IN:

FROM CASABLANCA TO MARRAKECH

During the trip we explore Marrakesh, a former imperial city in western Morocco, is a major economic center and home to mosques, palaces and gardens. The medina is a densely packed, walled medieval city dating to the Berber Empire with mazelike alleys where thriving souks (marketplaces) sell traditional textiles, pottery and jewelry. Food vendors line Djemaa el-Fna, a broad square where storytellers and musicians perform.

DAY TRIP FROM CASABLANCA TO RABAT

During the trip we explore Rabat, Morocco's capital, rests along the shores of the Bouregreg River and the Atlantic Ocean. It's known for landmarks that speak to its Islamic and French-colonial heritage, including the Kasbah of the Udayas. This Berber-era royal fort is surrounded by formal French-designed gardens and overlooks the ocean. The city's iconic Hassan Tower, a 12th-century minaret, soars above the ruins of a mosque.

DAY TRIP TO EXPLORE CASABLANCA IN (FULL DAY OR HALF DAY)

Casablanca is the financial capital of Morocco and most populated city of the kingdom, the tour of Casablanca takes you to explore the authentic side and the modern economic side, in this tour you will visit the famous Hassan 2 mosque which is also the second biggest religious building, learn about its architecture and different materiels of building, then continue to the corniche of AIN DIAB and morocco mall which is the biggest modern market center in Morocco, after that continue the way to the quarter of al HOUBOUS and then end by visiting the famous birds place of Mohamed 5, and the UN place.

EXCURSION FROM CASABLANCA TO MEKNES AND VOLUBILIS

Departure from Casablanca and drive street way to Meknes the ISMAILITE capital and the UNESCO world heritage site, in this trip you will visit the famous BAB AL MANSOUR and discover its unique architecture and designs, then continue to the famous place –EL-HEDIME which is the heart of the imperial city with its commerciales activities and it is the starting way to the citiy, to visit the mausoleum of moulay ISMAIL the founder of Meknes to see the rest of the imperial city. Enjoy a meal before to drive to the archeological site of VOLUBILIS which lies at the hearth of an agricultural area, explore this most preserved UNESCO site which let you fly to the romain time.

Enjoy your visit before driving back to your hotel or elswhere on request.

EXCURSION FROM CASABLANCA TO FES

This is an interesting trip to the oldest imperial city of MOROCCO and the cultural capital of the kingdom which also declared by the UNESCO world heritage list. Upon arrival to this attractive city you will start your sightseeing tour to explore the richess of morocco’s culture and architecture, visit Kasbahs, palaces, the jewish quarter , drive up to the hill to take a panoramic photo of all the medina… by the evening drive back to your hotel or anywhere on request.

For more informations and details please contact us by e-mail, whatsapp or phone.

EXCURSION FROM CASABLANCA TO EL JADIDA

Drive from Casablanca to EL JADIDA ‘’ the new one’’ a portuguese town built since 1502 to play a bridge role between Europe and Africa via Morocco, today is a UNESCO world heritage site, you will explore the old medina from the main street which leads to the sea Gate ‘’PORTA DO MAR’’ there is a walking access to the rampart commanding a fine view of El jadida’s harbour, explore the Portuguese cistern built underground in 1514 which is also used first as an arsenal before to be used as a cistern in 1541. By the afternoon we drive back to your hotel or eslwhere on request.